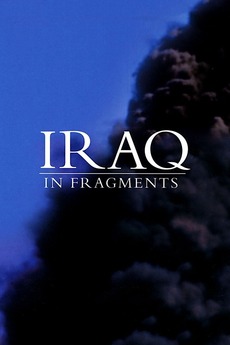 An opus in three parts, Iraq In Fragments offers a series of intimate, passionately-felt portraits: A fatherless 11-year-old is apprenticed to the domineering owner of a Baghdad garage; Sadr followers in two Shiite cities rally for regional elections while enforcing Islamic law at the point of a gun; a family of Kurdish farmers welcomes the US presence, which has allowed them a measure of freedom previously denied. American director James Longley spent more than two years filming in Iraq to create this stunningly photographed, poetically rendered documentary of the war-torn country as seen through the eyes of Sunnis, Shiites and Kurds.

The latest 2021 edition of TSPDT The 21st Century's Most Acclaimed Films (www.theyshootpictures.com/21stcentury.htm)