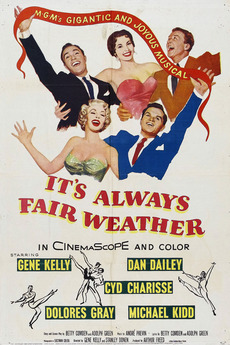 Three World War II buddies promise to meet at a specified place and time 10 years after the war. They keep their word only to discover how far apart they've grown. But the reunion sparks memories of youthful dreams that haven't been fulfilled -- and slowly, the three men reevaluate their lives and try to find a way to renew their friendship.