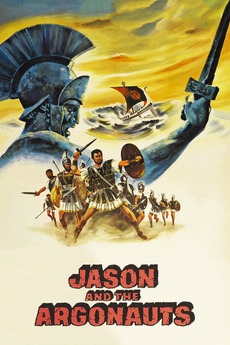 Jason and the Argonauts

Jason, a fearless sailor and explorer, returns to his home land of Thessaly after a long voyage to claim his rightful throne. He learns, however, that he must first find the magical Golden Fleece. To do so, he must embark on an epic quest fraught with fantastic monsters and terrible perils.