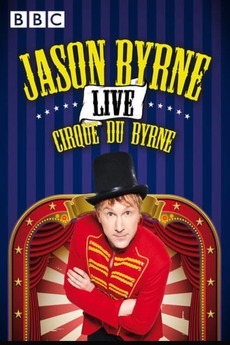 Roll up, roll up as Edinburgh’s top selling comedian Jason Byrne takes to the road to hot wire your comedy funny bones with his brand new show, Cirque du Byrne! Brought to you by the ringmaster of tom-foolery himself, this promises to be an anarchy packed show of acrobatic proportions. Encounter deviously constructed comic spectacle, be tamed by on-stage farce and audience interaction, and gasp in awe at daring comic stunts as the definitive clown of comedy pushes his riotous show to the edge. Jason’s inspired, original brand of high-energy intelligent lunacy ensures that there is no other comedian like him and his sell out shows have attracted accolades including Chortle Award for Best Headliner 2007, Perrier Newcomer Award Nomination 1998 and Perrier Award Nomination 2001.