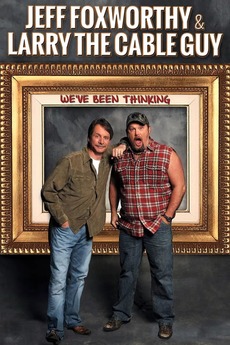 Comedians Jeff Foxworthy and Larry the Cable Guy bring their distinctive brand of humor to a packed crowd in Minneapolis.

Jeff Foxworthy and Larry the Cable Guy: We've Been Thinking...

Standup Comedy I Have Seen (Ranked)

See title. Some thoughts in the notes section if you are into that.

Doesn't include vulgar stuff that I only…