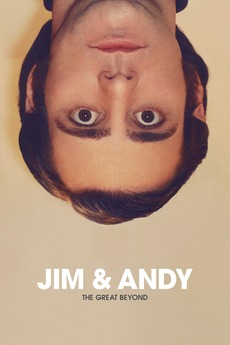 Jim & Andy: The Great Beyond
JustWatch

Jim & Andy: The Great Beyond

Offbeat documentarian Chris Smith provides a behind-the-scenes look at how Jim Carrey adopted the persona of idiosyncratic comedian Andy Kaufman on the set of Man on the Moon.