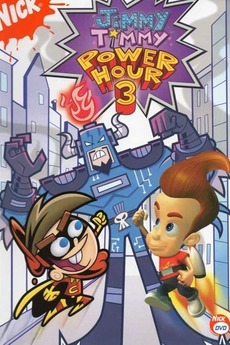 Back for their third and zaniest adventure yet, Nickelodeon's boy genius Jimmy Neutron and Timmy from "The Fairly Odd Parents" unite to sculpt a wonder robot. Cartoon calamity ensues when the power-hungry robot develops a mind of his own and turns on his creative inventors. Features bonus episodes: two from "The Fairly Odd Parents" ("Odd, Odd West" and "That's Life") and two from "Jimmy Neutron" ("Ultra Sheen" and "The Feud").