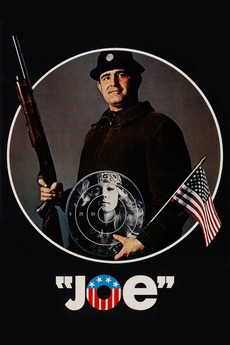 Ad executive Bill Compton confronts and murders his daughter's drug-dealing boyfriend. Wandering into a local bar, Bill encounters a drunken, bigoted factory worker with a bloodlust, Joe Curran. When Bill confesses the murder to Joe, the two strike up an uneasy alliance, leading to a wild adventure.