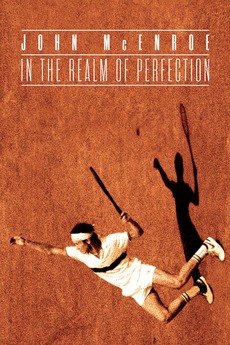 John McEnroe: In the Realm of Perfection
JustWatch

John McEnroe: In the Realm of Perfection

Cinema lies. Sport does not.

An immersive film essay on tennis legend John McEnroe at the height of his career as the world champion, documenting his strive for perfection, frustrations, and the hardest loss of his career at the 1984 Roland-Garros French Open.

Updated to include September 2020 selections.