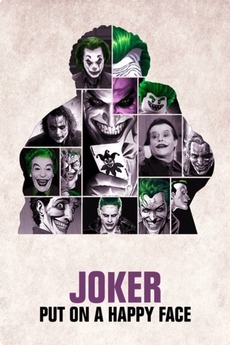 Joker: Put on a Happy Face

Featuring interviews with filmmakers and industry legends, discover the origins and evolution of The Joker, and learn why The Clown Prince of Crime is universally hailed as the greatest comic-book supervillain of all time.

Films, both long and short, you can watch RIGHT NOW on YouTube for FREE!!! Movies Playlist: www.youtube.com/playlist?list=PLZZ6cXplUWIFJp2yTRwa5ffnd87KSGB7K Short Films Playlist:…

One Hour or Under

Films where I feel they were made for me

I had gotten some inspiration from others, so here