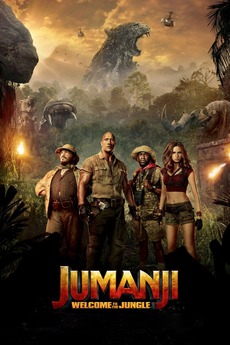 Jumanji: Welcome to the Jungle
JustWatch

Jumanji: Welcome to the Jungle

The game has evolved.

The tables are turned as four teenagers are sucked into Jumanji's world - pitted against rhinos, black mambas and an endless variety of jungle traps and puzzles. To survive, they'll play as characters from the game.