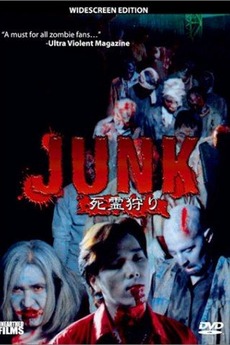 Four crooks rob a jewelery shop, then head for an abandoned factory where they plan to fence the goods to the Yakuza. Unfortunately, their chosen location happens to be the same place where American scientists had previously experimented on resurrecting the dead.