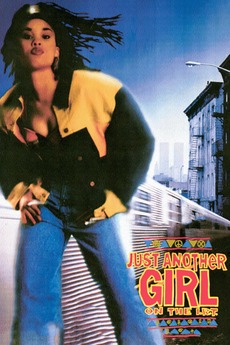 Just Another Girl on the I.R.T.
JustWatch

Just Another Girl on the I.R.T.

If You Think You Know Her, Think Again.

Chantel Mitchell (Ariyan Johnson), a hip, articulate, black high-school girl in Brooklyn, is determined not to become "just another girl on the IRT" (the IRT is one of NYC's subway lines). She dreams of medical school, a family, and an escape from the generational poverty and street-corner life her friends seem to have accepted as their lot. But personal and sexual challenges confront Chantel on her way to fulfilling these dreams.