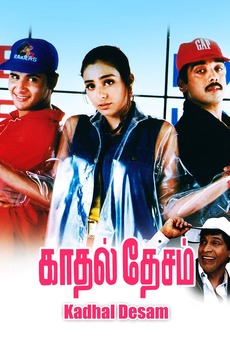 In a city in Southern India traditional rivalry has always existed between the students of Pachaiyappas and Loyola Colleges respectively. Karthik (Vineeth) is poor and an orphan, who studies in Pachaiyappa's College, lives in a rented room, travels by the bus, hangs out with a number of friends, and is the Captain of his football team. He is also a good poet and daydreams about his dream girl. Arun (Abbas), on the other hand, comes from a rich and wealthy family, studies in Loyola College, drives his own car, hangs out with number of friends, and is also the Captain of his football team. In a nasty inter college riot Arun saves Karthik's life. So in return Karthik lets Arun win in a soccer game because he thinks Arun can't take losses easily.