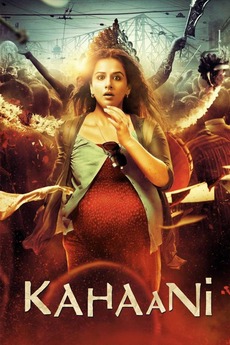 A mother of a story.

Pregnant and alone in the city of Kolkata, a woman begins a relentless search for her missing husband, only to find that nothing is what it seems.