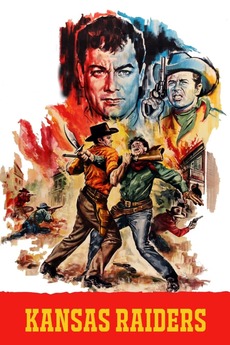 Outraged by Redleg atrocities, the James and Younger Brothers along with Kit Dalton join Quantrill's Raiders and find themselves participating in even worse war crimes.

For their consistently beautiful and distinct studio style and spirit of unpretentious artistry, the western films of Universal-International (a period…

Movies of the American Midwest

Not meant to be comprehensive, and I don't update all that frequently. Suggestions welcome. Movies set in the American Midwest…

Borrowed from this list on iCheckMovies. I've added some more from the 3-strip technicolor list on Wikipedia, but I'm not…

This list was compiled to inspire games of Deadlands, the best Weird West RPG.

Selection criterion was to take a…