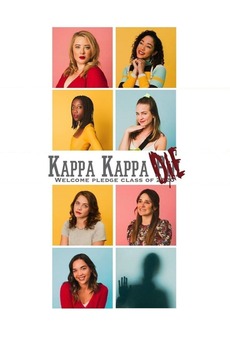 You lie, you die.

After Shauna's older sister dies rushing Kappa Kappa Phi, she joins the same sorority to find out what really happened. What she discovers are sinister secrets and an evil spirit out for gallons and gallons of blood. Can Shauna and her new sisters make it out of their haunted sorority house alive?

in alphabetical order and release date by franchise p.s.: the ones i've seen