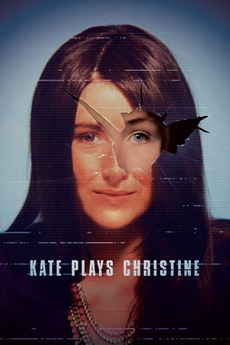 Follow actress Kate Lyn Sheil as she prepares for her next role: playing Christine Chubbuck, a Florida newscaster who committed suicide live on-air in 1974. As Kate investigates Chubbuck’s story, uncovering new clues and information, she becomes increasingly obsessed with her subject.