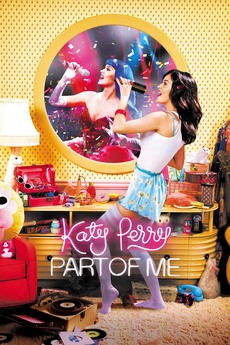 Katy Perry: Part of Me
JustWatch

Katy Perry: Part of Me

Be yourself and you can be anything

Giving fans unprecedented access to the real life of the music sensation, Katy Perry: Part of Me exposes the hard work, dedication and phenomenal talent of a girl who remained true to herself and her vision in order to achieve her dreams. Featuring rare behind-the-scenes interviews, personal moments between Katy and her friends, and all-access footage of rehearsals, choreography, Katy’s signature style and more, Katy Perry: Part of Me reveals the singer’s unwavering belief that if you can be yourself, then you can be anything.