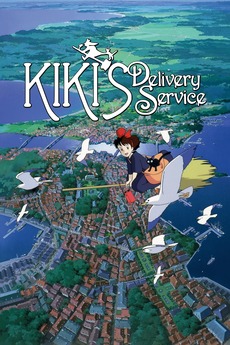 I was feeling blue, but I'm better now.

A young witch, on her mandatory year of independent life, finds fitting into a new community difficult while she supports herself by running an air courier service.