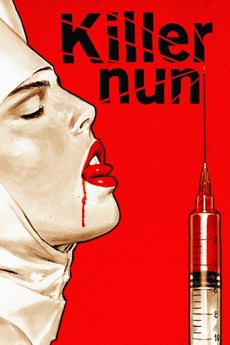 From the Secret Files of the Vatican!

A demented nun sliding through morphine addiction into madness, whilst presiding over a regime of lesbianism, torture and death. Sister Gertrude is the head nurse/nun in a general hospital, whose increasingly psychotic behavior endangers the staff and patients around her.