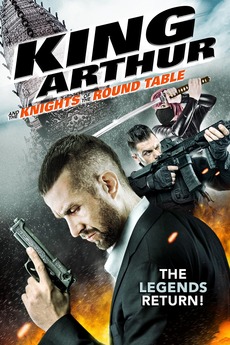 King Arthur and the Knights of the Round…
JustWatch

King Arthur and the Knights of the Round Table

In medieval England, Merlin and King Arthur banish the evil enchantress Morgana and her son Mordred to the ends of the universe as Morgana vows revenge. In present day, Knights descendant Penn doesn't take much stock in the legends of his supposed ancestors, even as the descendants meet in Thailand to practice fighting. But when Morgana and her son return to earth, armed with alien technology and hell-bent on destroying every last descendant of King Arthur and his knights, Penn must to come to terms with who he was born to be, and bring together the new Knights of the Round Table to save themselves and the earth from Morgana's total vengeance.

funniest posters to me