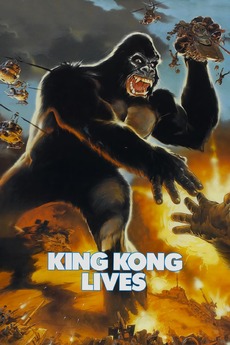 America's biggest hero is back... and he is not happy.

After falling from the Twin Towers, Kong lies in a coma for ten years. When his heart begins to fail, scientists engineer an artificial heart, and a giant female ape is captured to serve as a source for a blood transfusion. When Kong awakens following his heart transplant, he senses the nearby presence of the female ape and the two escape to wreak havoc together.