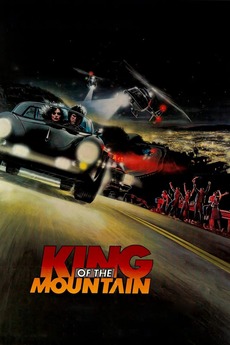 King of the Mountain

The race. The risk. The danger. It's worth it all to be...King of the Mountain

A group of friends race their high-powered cars up and down a dangerous and deadly mountain road known as Mulholland Drive to see who can claim the title of "King of the Hill."