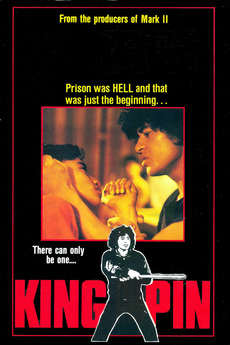 There can only be one Kingpin

Willie, a likeable kid, forms a friendship with Rikki, a new arrival at the reform school. Willie discovers that Rikki is maybe tough enough to take on Karl, the kingpin. Although Rikki is strong, he does not like to fight, but tensions mount as Karl's bullying become more obnoxious. After being shown up by Willie, Karl loses his temper and gives Willie a thrashing. As a result, Willie joins with some other boys in an escape. They steal a car, get drunk, and have a serious accident. Meanwhile Rikki is in hospital, injured in a forestry "accident' engineered by Karl.

I am adding my New Zealand feature titles that are found on VHS, DVD or Blu-ray to this list. Some…