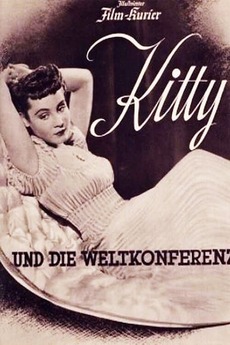 Kitty and the World Conference
JustWatch

Kitty and the World Conference

The setting is Lugano (Switzerland), where an apparently very important world conference takes place. The film tells the story of the young Kitty (Hannelore Schroth), who works as a manicurist at the Eden Hotel, and who in the course of events gets to know both a young journalist (Christian Gollong) and the English minister of economics (Fritz Odemar). A lot of wild mix-ups, comic situations, a love story and occasional singing ensue, and in the end most of the VIPs have gained their share of laughter… There’s also a great performance by Paul Hörbiger as the hotel porter. For a 1939 film made in Germany, “Kitty” is remarkably irreverent and satirical about politics.

next up is Ruiz