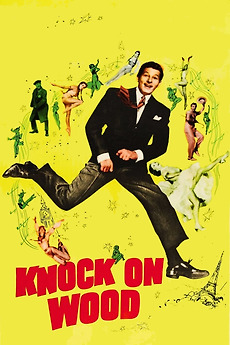 The No. 1 Song-and-Dance Clown at his best!

Ventriloquist Jerry Morgan has failed with another love affair. The reason: when the relationship reaches the point when it is time to discuss marriage, his two dolls become mean and jealous. Morgan's dollmaker Papinek is a member of a spy ring who has stolen the secret plans for the top-secret Lafayette airplane. Since Morgan is leaving for Zurich the same night, he decides to hide the secret plan in the heads of the dolls.