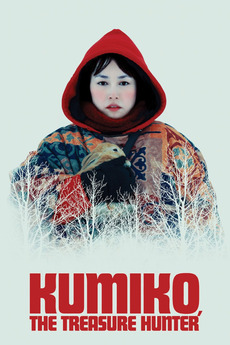 Frustrated with her mundane life, a Tokyo office worker becomes obsessed with a fictional movie that she mistakes for a documentary. Fixating on a scene where stolen cash is buried in North Dakota, she travels to America to find it.