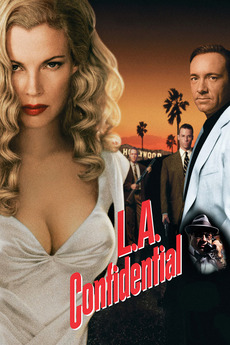 Everything is suspect... Everyone is for sale... And nothing is what it seems.

Three detectives in the corrupt and brutal L.A. police force of the 1950s use differing methods to uncover a conspiracy behind the shotgun slayings of the patrons at an all-night diner.