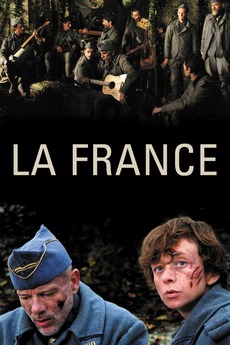 During the First World War, Camille (Sylvie Testud), a young woman whose husband is away fighting at the front, receives a short letter of break-up from him. Distraught, she decides to go to join him, but is driven back by the rule of the time which forbids women to move around alone. She has no other recourse than to dress herself up as a man so as to be able to take to the road on foot. As she lives near the Western Fromt she hooks up with a passing group of French soldiers without too much trouble. But there's something a bit odd about these stragglers, and it's not just their habit of bursting into song at every opportunity.