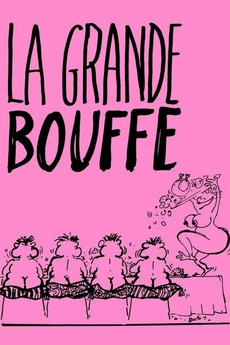 An Experience That Hammers Your Sensibilities.

Four friends gather at a villa with the intention of eating themselves to death.