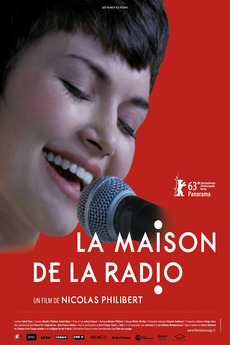 Making a film about a radio station doesn’t sound like the most visually compelling of projects. How many takes do you need before the acoustic transition from the opening to the closing of a door is perfect or the reader's voice correctly modulated? Nicolas Philibert has accepted the challenge to portray that which cannot be seen. Shouldering his camera, he spent half a year wandering the endless corridors of Radio France’s ‘round house’ on the banks of the Seine where he filmed people who dedicate themselves utterly and meticulously to their work.

A Guide to Cinephilia: 200 ESSENTIAL FILMMAKERS YOU SHOULD KNOW

The Great Map of Movieland

ALL 1833 films from the 'Great Map of Movieland' created by David Honnorat. *For Clarity, this is not my list,…

Because my watchlist is too long.