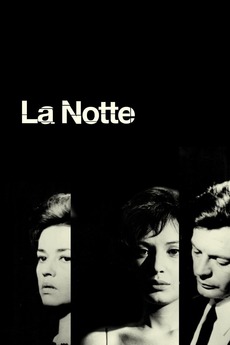 A new genre of motion picture... to make you think and feel.

Set during a single day and night in a Milan where steel and glass skyscrapers are going up and old buildings being pulled down, it opens with a disillusioned novelist and his embittered wife visiting their dying friend, a leftwing critic.