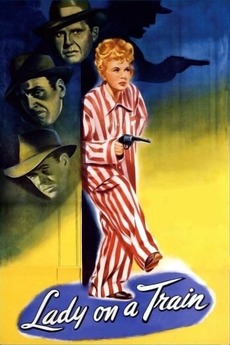 Lady on a Train
JustWatch

Lady on a Train

While on a train, Nikki Collins witnesses a murder as they pass a building. When she tells the police, they think she's crazy since she can't tell exactly where the crime happened. She then enlists a popular mystery writer to help with her sleuthing.

Whodunits, or one of my greatest pleasure in life (English will follow)

Films to watch to when summer goes away and September, October, November and December arrive.

All those Autumn feelings. The…