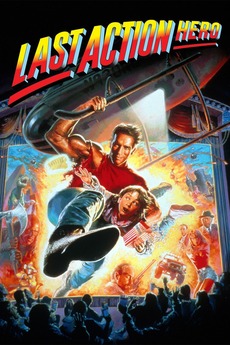 This isn't the movies anymore.

Danny is obsessed with a fictional movie character action hero Jack Slater. When a magical ticket transports him into Jack's latest adventure, Danny finds himself in a world where movie magic and reality collide. Now it's up to Danny to save the life of his hero and new friend.