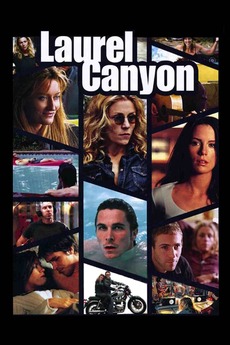 Somewhere between Hollywood and the rest of the world.

Laurel Canyon focuses on Sam and Alex, a pair of upper-middle class lovebirds from the East Coast who relocate to Los Angeles. Enter Jane, Sam's estranged mother, a successful record producer, who's more than willing to put the couple up in her lavish digs. As Sam and Alex settle in at Jane's, they gradually lose their straight-and-narrow approach to life and begin to experiment.