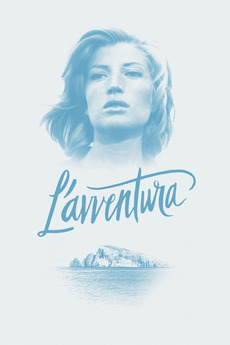 A new adventure in filmmaking...

Claudia and Anna join Anna's lover, Sandro, on a boat trip to a remote volcanic island. When Anna goes missing, a search is launched. In the meantime, Sandro and Claudia become involved in a romance despite Anna's disappearance, though the relationship suffers from guilt and tension.