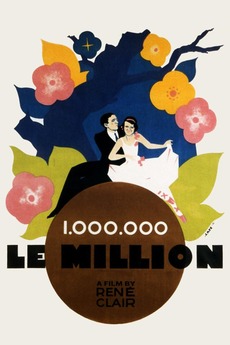 You MUST see it to know how indescribably clever and enormously "smart" a movie CAN be!

Debt-ridden painter Michel is overcome with joy at discovering that he has just won 1 million florins in the Dutch lottery, but almost immediately, he discovers that his softhearted girlfriend, Béatrice, has given away his jacket containing the winning ticket to an elderly petty thief. Soon Michel, Beatrice and Michel's artistic rival, Prosper, are hurtling through the streets of Paris on the trail of the missing jacket.