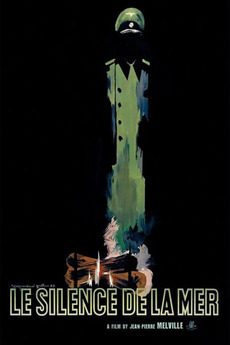 In a small town in occupied France in 1941, the German officer, Werner Von Ebrennac is billeted in the house of the uncle and his niece. The uncle and niece refuse to speak to him, but each evening the officer warms himself by the fire and talks of his country, his music, and his idealistic views of the relationship between France and Germany. That is, until he visits Paris and discovers what is really going on...

El silencio del mar, The Silence of the Sea