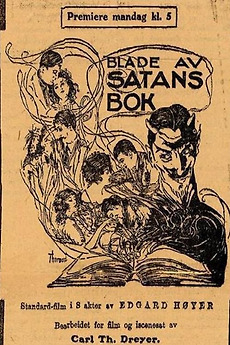 The power of Satan is highlighted in four historical tales: the betrayal and subsequent arrest of Jesus, the Spanish Inquisition, the French Revolution and the execution of Marie Antoinette, and the Finnish War of Independence in 1918.

Leaves From Satan's Book, Blätter aus dem Buche Satans, Leaves Out Of The Book Of Satan

Folk Horror is a weird one all right. One of the hardest genres to pin down. Is it horror? Is…

Folk Horror: A Quiet Place in the Country

The older I get the more fascinated I am with rural folk horror. Tales of Witches, occultism, haunted landscapes, legends,…

All the films Jacques Rivette has reviewed during his years at Cahiers du Cinéma and before.