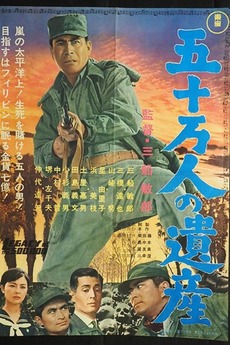 During World War II Japan sends gold to the Phillipines. After the war, the gold is lost in the bay of Manille. Takeichi Matsuo, a former soldier is working now as a buisiness executive. He meets Mintsura Gunji the boss of a large company who offers him to go to the Philippines and bring back the gold.

My Movies from Japan

A list of my Blu-rays/DVDs. I have a problem

The Ghost Tale of the…

The directorial ambitions of artists primarily known as actors*.

*The actor in question must be officially credited as director to…