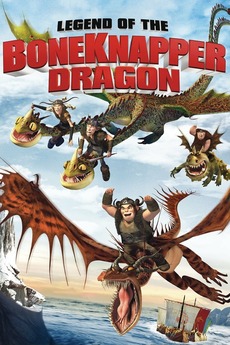 Legend of the BoneKnapper Dragon
JustWatch

Legend of the BoneKnapper Dragon

The film follows Hiccup and his young fellows accompanying their mentor, Gobber, on a quest to kill the legendary Boneknapper Dragon. An extra that accompanies the film "How to Train Your Dragon".