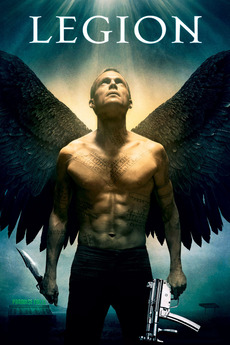 When the last angel falls, the fight for mankind begins.

When God loses faith in humankind, he sends his legion of angels to bring on the Apocalypse. Humanity's only hope for survival lies in a group of strangers trapped in an out-of-the-way, desert diner with the Archangel Michael.