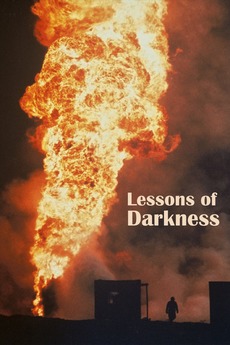 This film shows the disaster of the Kuwaitian oil fields in flames. In contrast to the common documentary film there are no comments and few interviews. What must have been the hell itself is presented to the viewer in such beautiful sights and beautiful music that one has to be fascinated by it.