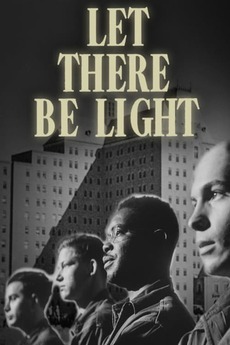 Let There Be Light
JustWatch

Let There Be Light

The final entry in a trilogy of films produced for the U.S. government by John Huston. Some returning combat veterans suffer scars that are more psychological than physical. This film follows patients and staff during their treatment. It deals with what would now be called PTSD, but at the time was categorised as psychoneurosis or shell-shock. Government officials deemed this 1946 film counterproductive to postwar efforts; it was not shown publicly until 1981.