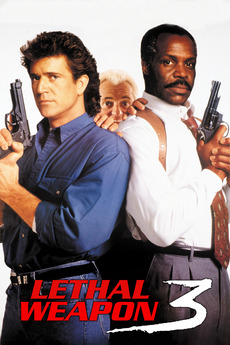 The magic is back again!

Archetypal buddy cops Riggs and Murtaugh are back for another round of high-stakes action, this time setting their collective sights on bringing down a former Los Angeles police lieutenant turned black market weapons dealer. Lorna Cole joins as the beautiful yet hardnosed internal affairs sergeant who catches Riggs's eye.

These! Are! Five! Syll! A! Ble! Films! Burning Down The House! (this one's kevin t. porter's fault)