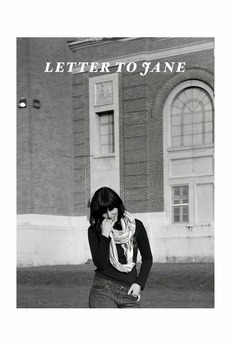 Letter to Jane: An Investigation About a Still
JustWatch

Letter to Jane: An Investigation About a Still

The film's subject is a photograph of Jane Fonda visiting Hanoi during the Vietnam War. It asks what the position of the intellectual should be in the class struggle and points out the irony of Jane Fonda's participation in the photo shoot, which was staged.