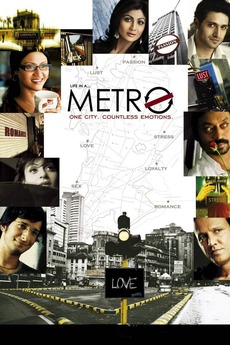 Life in a Metro
JustWatch

Life in a Metro

Six different stories, about nine people, each with different issues and problems, all occurring within one place: the METRO.

Best Bollywood Films of All Time