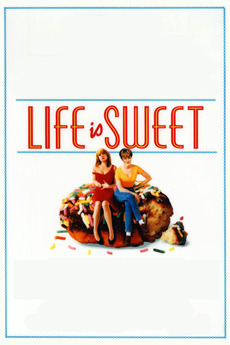 Just north of London live Wendy, Andy, and their twenty-something twins, Natalie and Nicola. Wendy clerks in a shop, leads aerobics at a primary school, jokes like a vaudevillian, agrees to waitress at a friend's new restaurant and dotes on Andy, a cook who forever puts off home remodeling projects, and with a drunken friend, buys a broken down lunch wagon. Natalie, with short neat hair and a snappy, droll manner, is a plumber; she has a holiday planned in America, but little else. Last is Nicola, odd man out: a snarl, big glasses, cigarette, mussed hair, jittery fingers, bulimic, jobless, and unhappy. How they interact and play out family conflict and love is the film's subject.

my extremely chaotic favorite movies of all time