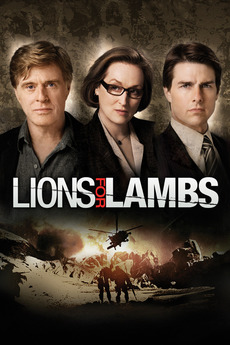 If you don't STAND for something, you might FALL for anything.

Three stories told simultaneously in ninety minutes of real time: a Republican Senator who's a presidential hopeful gives an hour-long interview to a skeptical television reporter, detailing a strategy for victory in Afghanistan; two special forces ambushed on an Afghani ridge await rescue as Taliban forces close in; a poli-sci professor at a California college invites a student to re-engage.

THIS HAD OSCAR BUZZ

All of the films featured on our podcast THIS HAD OSCAR BUZZ! Follow along with our schadenfreude Oscar buzz rememberings…

All the Anti-War Movies

Underrated Films That You May Not Have Heard Of

These are films that deserve more attention and praise than they've gotten over the years. If you have seen these,…